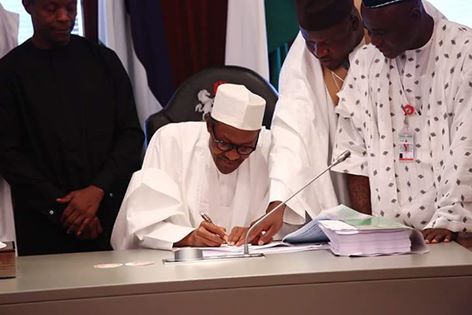 The nomination of Mr. Nsima Ekere as the Managing Director of Niger Delta Development Commission (NDDC) by President Muhammadu Buhari has received the commendation of the three umbrella socio-cultural organizations of the Ibibio, the largest ethnic group in Akwa Ibom State.

The Ibibio constitute about 65 per cent of the population of the state.

Uyio Ikpaisong Ibibio, the supreme council of Ibibio traditional rulers, had earlier written to thank President Buhari for the appointment.

In a goodwill message to the President, signed by its Chairman, Dr. Okon Akpan Uko, and Secretary-General, Dr. Emmanuel Akpanobong, both distinguished medical doctors, the Ibibio Elders’ Forum hailed the President for nominating Mr. Ekere as the NDDC Chief Executive and Mr. Samuel Frank as the Commissioner representing Akwa Ibom State in the commission, viewing both appointments as well-deserved.

It described Mr. Ekere as a seasoned professional and astute administrator with decades of experience who has served Akwa Ibom people in various capacities including as a Deputy Governor.

“With Obong Nsima Ekere on the saddle of the NDDC affairs, we are confident in his ability to deliver the long-expected development and transformation of the Niger Delta oil-producing region as well as create employment and empowerment for the unemployed youths of the region,” the forum said.

It called on Nigerians, in general, and Akwa Ibom people, in particular, to continue to support the President but appealed for appointment of more indigenes of the state into Federal Boards and Commissions.

In its goodwill message to President Buhari, the Akwa Esop Imaisong Ibibio expressed “profound gratitude and appreciation to the President for his well thought out decision” to nominate Messrs Ekere and Frank.

In the message signed by Ntisong Ibibio III, Dr. Essien Ekidem, and the Secretary-General, Mkpisong Harrison Ataide, the organization said it was confident of Mr. Ekere’s capacity to deliver on his assignment, having known him as a man of substance coupled with his integrity, knowledge and wealth of experience in both public and private sectors for years.

“Let whom the cap fits wear the cap,” it declared.

The organization pledged its support to the President and expressed the hope that he would continue to carry the state along in more appointments and infrastructural development.

In a congratulatory message addressed to Mr. Ekere on what it called his “laudable appointment and accomplishment,” the Mboho Mkparawa Ibibio said it was grateful to the President for the honour done one of their members and one of the most illustrious sons of Ibibio Nation.

“We in Mboho Mkparawa Ibibio see your appointment as a divine act and a feat well-deserved; considering your outstanding professionalism, sterling leadership qualities and the many years of enduring service and landmark contributions to the development of our State and Nation,” the apex Ibibio youth group said in a message signed by its International President, Akparawa Monday Etokakpan, and International Secretary General, Akparawa James Edet.

While praying God to protect and grant Mr. Ekere a very successful and rewarding tenure, it urged him to continue in his chosen path of the crusade for excellence and nation building. 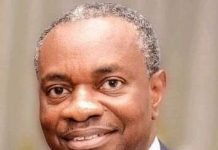 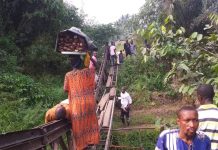 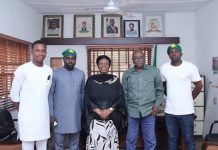 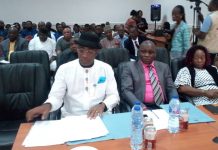 Gov. Udom Emmanuel is Working the Talk on Development and Industrialization – Udom Inoyo

AKWA IBOM GOVT: WHERE IS THE AUTOMOBILE ASSEMBLING PLANT? ~By Franklyn...