The task before the new Governing Council of Akwa Ibom State College of Science and Technology , Nung Ukim Ikono

Good education is made possible by good education system, where qualified teachers, adequate facilities and other essentials are put in place for proper teaching and learning. Holistically, an education system refers to the economic and social factors that typically make up public schools at the federal, state or community levels. Such factors include proper public funding, provision of basic facilities, staffing, compensation, employee benefits and teaching resources. When all these are adequately employed, it makes for smooth functioning of institutions and processes.

Unfortunately, our education systems are prone to malfunctioning due to either abject neglect or corrupt system. Either way, this has been a task that Udom Emmanuel administration has set out to correct as a responsible government, with a view to re- positioning the Akwa Ibom State college of Science and Technology at Nung Ukim Ikono , as a functional and pivotal tertiary institution in Akwa Ibom State.

Akwa Ibom State College of Science and Technology was first established as School of Remedial Studies in 1997 before it was converted to College of Arts and Science in 2003. It was elevated to its present status in 2017 by His Excellency, Mr. Udom Emmanuel, to incorporate the technology component as an integral aspect of science which is inextricably linked with innovation, industry and overall development of society.

In the last 23 years of its existence, it is apparent that the college may not have achieved its full potential. Consequently, whatever achievements to her credit would have been rated on the scale of mediocrity. The reason is that, the college has been bereft of the basic facilities and infrastructure such as befitng lecture halls , offices for academic and non academic staff, laboratories, library, ICT centre , engineering workshops, network of internal roads, perimeter fence around the school and hostel accommodation that qualify it as a tertiary institution, worthy of its name.

Perhaps the most appalling is the fact that until the present administration came to its rescue, there was no access road to the school .

The intervention by Governor Udom Emmanuel has ensured that the enabling legislation under which the college is repositioned to take off as a College of Science and Technology is passed and signed into law as soon as possible. With that in place, the school can benefit from TETFUND projects, funding and grants . The law will also enable the institution to have accreditation for its programmes by the National Board for Technical Education (NBTE).

Outside the efforts of the governor to address the problem of infrastructure, he has also inaugurated the pioneer governing council headed by a seasoned lawyer and administrator, Rt. Hon. Ime Okon, as chairman, to midwife the delivery of a brand new state – owned College of Science and Technology

During its maiden working visit and facility tour of the college, the governing council was confronted with myriad of problems of the school. In her inaugural meeting with the management of the college last week, the Acting Rector, Mr. Vincent Udo Essien, highlighted the many challenges of the college which the new council promised to look into. Some of the challenges include the non singing of the bill mandating the school to operate as College of Science and Technology, inadequate personnel, lack of electricity supply as well as non-accreditation of courses and programmes .

The Rector also mentioned non-confirmation of principal officers of the college who have remained in acting capacity for many years as well as inability to organize convocation ceremonies in the college. Lack of operational vehicles, he also noted has hampered the smooth running of the school. ,

Viewed from the avalanche of problems, the new governing council would have a heavy burden on its shoulders. However, with the support of a listening governor who is passionate about education, all that the council needs to do is to put the right structures and framework in place, roll its sleeves and hit the ground running.

As a former lawmaker and Lawyer, the council chairman should ensure that all the hurdles against the smooth passage of the bill are removed and enabling laws passed and assented to by the governor to place the school on a sound footing as a full fledged state – owned College of Science and Technology for award of National Diploma ( ND) and Higher National Diploma ( HND)

From all indications, dearth of infrastructure and manpower appear to be some of the major challenges hindering the college from meeting the template of NBTE, Polytechnics, Colleges of Science and Technology and similar tertiary institutions in Nigeria.

Since governnent alone cannot provide everything for an educational system, there would be need to approach institutions like TETFUND, donour agencies and other entities, operating within and outside state for support.

It would not be out of place for the governing council to ensure that the school management is effective with requisite knowledge and capacity in all faculties , departments and units to be able to drive the vision of the governor

Finally, all human and material resources have to be mobilized for a proper transition of the college to a functional state – owned citadel of learning . Afterall, as Benjamin Franklin said, “An investiment in knowledge pays the best interest”.

Bassey Albert: A Senator Imbued With a Great Sense of Stewardship and Patriotism 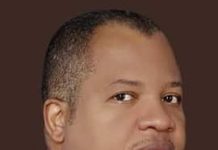 I Endorse IbomAir ~By Franklyn Isong